Introduction to the Commodities

This is a truly global resource documenting the trade in 15 commodities around the world from c1500 to the present day.

We have chosen 15 major commodities: 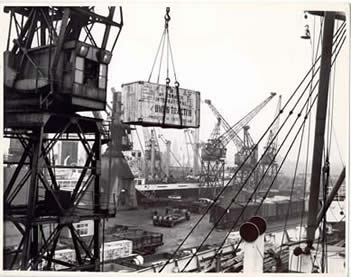 The commodities were chosen after lengthy discussions with numerous scholars because: 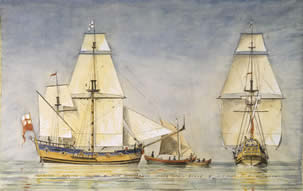 However, scholars should note that we also provide significant material relating to many other commodities including bacon, beef, cheese, coal, corn, fancy goods, fish, fruits, machinery, rice, silk and wool.

We have avoided some commodities (such as silk) where excellent websites already exist. These are linked to from our External Links page.

Wherever possible we have tried to provide a broad range of materials for each commodity including:

Key historical texts describing the commodity – many of these have been sourced from the British Library and from the famous Goldsmith’s Library at the University of London.

Material from specialist collections such as the Arent’s Tobacco Collection at New York Public Library, the Joseph Fry’s Archive at Bristol Record Office, and the Braga Brothers Collection at the University of Florida.

Manuscripts describing voyages of discovery, the translocation of crops and the development of mines and plantations.

Strong visual resources including drawings of plants, illustrations of manufacturing processes, and posters.

There are accounts of the history of commodities all over the world including: 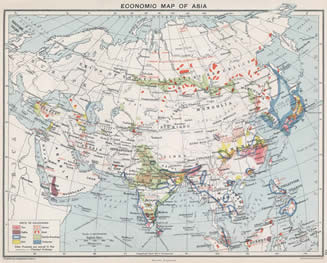 General Material Applying Across All The Commodities: 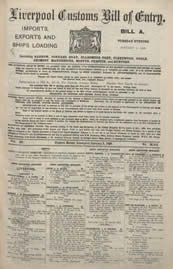 Full sets of Liverpool and London Customs Bills of Entry for 1820, 1847, 1901 and 1939, together with related records for Bristol, Clyde and Hull, which show changing patterns in world trade.

British trade returns, 1673-1807, showing the value and extent of trade in various goods.

Trading Ledgers and Correspondence of Joseph, Thomas and James Wharton, Philadelphia merchants, showing their trade in a variety of commodities, 1736-1784.

Account Books of Various Traders in the Boston Area, 1703-1836, showing patterns of trade and consumption, and details of importation.

Map Studies of the Mercantile World and illustrations of Economic Geography. 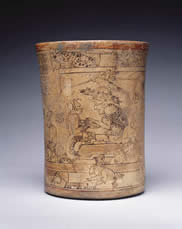 Numerous histories and natural histories of chocolate, describing the origins and impact of the drink and the chocolate bar.

Images of an early Mayan Vase, c600-800 AD, depicting the production and consumption of chocolate.

17th century manuscript observations upon the preparation and virtues of chocolate from the papers of Sir Hans Sloane.

Papers of J S Fry & Sons, 1729-1929, who created the first mass market chocolate bar and were the leading chocolate manufacturer in Victorian England.

Papers of James Baker, 1761-1823, showing his success as a general trade and the establishment of a successful chocolate business in America.

First-hand accounts of chocolate and coffee house culture in London, Europe and Turkey.

Accounts of the development of chocolate in Belgium and France.

Attempts to grow chocolate in Trinidad and Sri Lanka.

Instructions on how to run a successful cocoa house, 1877.

A detailed report on the structure of the chocolate and confectionary trade in Britain in 1955.

Prospects for the world chocolate market until the year 2005. 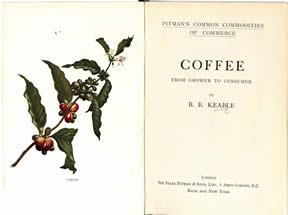 Numerous histories and natural histories of coffee, from its origins in Ethiopia to its spread around Europe and the world.

First-hand accounts of coffee drinking in Arabia in the 17th century.

Accounts of coffee culture and coffee consumption in Brazil and Java.

Details of the growth of Kenyan coffee plantations.

Accounts of attempts to grow coffee in Sri Lanka and Southern India.

Details of how to run a coffee house and minute books of two famous coffee-house societies.

Accounts of coffee merchandising in the 20th century. 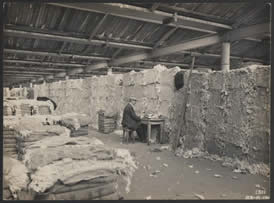 Records of the Company of Adventurers, 1660-1833, regarding trade in cotton, gold, sugar and slaves.

An in-depth look at cotton growing in the US.

Reports on cotton growing in Egypt, Sudan and Turkey.

Encouragement of cotton growing in the West Indies.

Analysis of cotton and woollen mills.

Notes on cotton spinning, and the impact of the Cotton Gin.

Papers of various cotton brokers and records of cotton trade in Charleston and Mobile.

The decline of the cotton industry in the UK.

A 1928 survey of the Indian cotton industry.

Images of cotton fields and of all of the processes involved in the cotton trade.

Images of raw cotton and of cotton products. 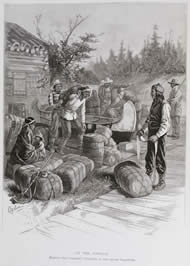 Original journals of Pierre Radisson concerning the exploration of Canada, 1683-1684.

Original illustrated journals of James Isham documenting contacts with First Nations people and the development of the Fur Trade, 1742-1743.

Papers of the Hudson’s Bay Company. Following the advice of our consultant editors, we have concentrated on the early history of the company from 1679 to 1770, although some material for a later date has been included. We cover:

Material on the Pacific fur trade.

Records of the American and Russian fur trades. 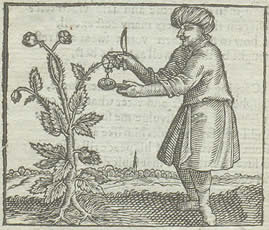 A history of the opium trade and its growth in Afghanistan and India.

Papers on the effects of opium and cocaine.

Information on opium dens and plans of an opium factory.

Papers of the League of Nations Narcotics Convention, 1921-1923. 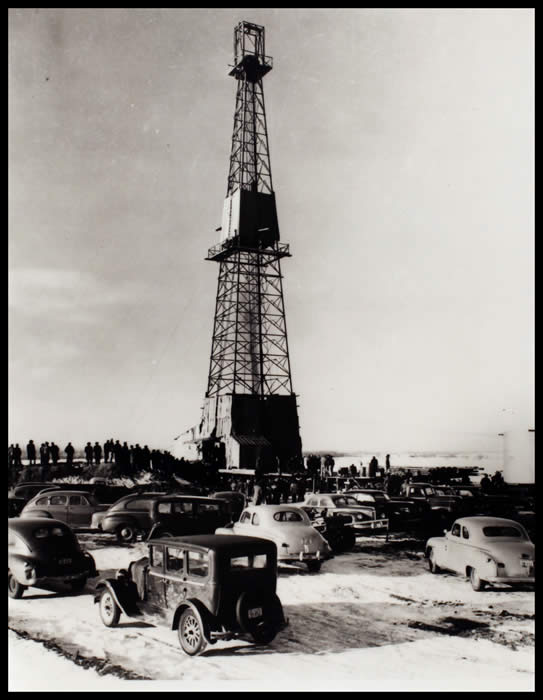 A range of documents and contextual resources outlining the history of global oil production, from prehistory to the present day.

Prospectuses, land ownership records and maps produced by an array of oil and coal mining companies in North America.

Joseph S. Cullinan Papers, providing an insight into the formation and workings of the Texaco Oil Company.

Oil records of the Foreign and Commonwealth Offices, the Colonial Office, the Empire Marketing Board and others. 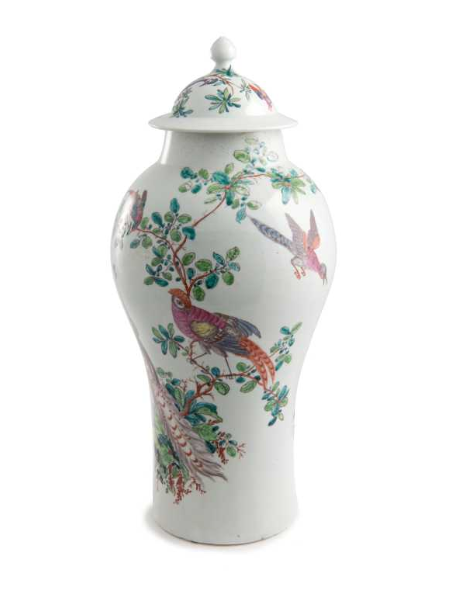 Still photographs and 360 images of porcelain figures from a variety of factories.

Correspondence between British and Chinese authorities on matters of taxation, duty and finance relating to porcelain imports and exports.

Printed books on the practical aspects of manufacturing porcelain goods. 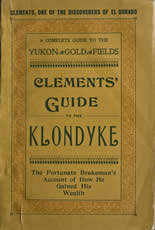 A history of mining for precious metals and accounts of the discovery of gold and silver in South America.

A history of currency, 1252-1894, and numerous papers regarding the use of gold and silver in coinage.

Historical accounts of the gold and silver mines in Mexico and Peru.

17th century Spanish accounts of the export of gold and silver from the New World.

Notes on the role of silver in the China Trade (linking with opium, tea and porcelain).

Accounts of gold and silver rushes in Canada and the USA.

Description of an Arizona gold mine.

Maps of gold fields in Africa and Canada. 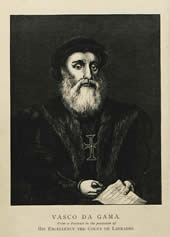 Notes on the history and cultivation of spices.

Ancient and medieval accounts relating to the land of spices.

Accounts of spice markets in India and Arabia.

Accounts of the voyages of Jan Huyghen van Linschoten and the development of the Dutch East India Trade.

1489 world map showing the state of knowledge regarding the East Indies.

1535 geography prepared for Henry VIII, with notes on world trade.

Accounts of the modern production of spices in the West Indies and Sri Lanka. 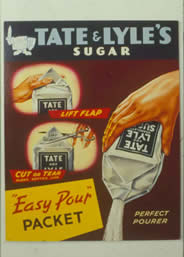 Papers of the Royal Africa Company regarding trade.

Records of sugar production in the West Indies (including original plantation records) and connections between sugar and slavery.

Notes on the impact of taxation on sugar.

Records of sugar production in Canada, China, Natal and the USA.

Papers of the Sugar Associations of Lancashire and London, 1882-1977.

Accounts of trade in sugar, molasses, rum and sugar beet.

Records of the International Sugar Conference, 1937.

Papers from the Braga Brothers collection on the manufacture of sugar in Cuba and on the world sugar trade, 1870-1962.

Description of a sugar beet factory.

A 1956 survey of people's eating habits and knowledge of the caloric content of food.

Papers regarding the manufacture of sugar-based confectionary.

Images of sugar brands and sweets. 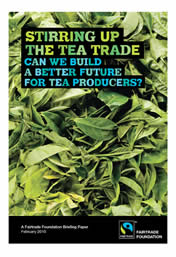 Pictorial account describing the production of tea in China.

Records describing the production of tea in India and Sri Lanka.

Papers on tea production in Japan and on the Japanese Tea Ceremony.

Papers on the effect of taxes on tea consumption.

Records describing the consumption of tea in Britain.

Papers of the Indian Tea Association.

Images of tea brands and of tea apparatus. 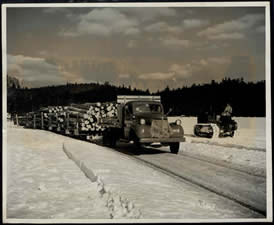 Detailed histories of the American timber industry and the forests of North America.

Detailed descriptions of the trees of the world and their commercial value.

Accounts of royal forests and timber required for ship building.

Remarks on the Honduras Logwood industry in the 18th century.

Papers of Jesse Partridge, 1770-1791, describing his dealings in the timber trade and the sale of other commodities.

UK-USA lumber negotiations, 1929-1938, together with detailed statistics and an analysis of timber requirements.

Timber importers’ guides and notes on the seasoning of wood.

Catalogue of exhibits at the Empire Timber Exhibition, 1920.

Notes on rubber tree cultivation in Burma and Hawaii.

Images of the Canadian Lumber Industry.

Map of Russia and the Baltic showing timber resources.

Notes on the uses of wood in building and available timber sizes.

Report of the World Commission on Forests and Sustainable Development, 1999. 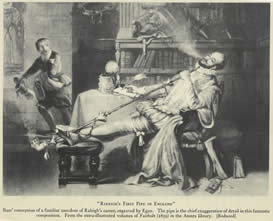 Papers of Spanish and Portuguese explorers concerning the discovery of tobacco in the New World.

Early illustrated manuscript accounts of the history of tobacco production in Brazil, Cuba and Mexico.

Papers concerning the development of the tobacco trade in Virginia from the 17th century onwards.

Papers on the manufacture and consumption of snuff and tobacco.

Material describing the use of taxation to control trade and raise revenue.

Papers describing the early tobacco trade between France and America.

Detailed discussions of the Turkish tobacco industry and taxation.

Government reports on the growth and promotion of Rhodian Cigarettes and other brands of Empire Tobacco, 1935.

Records of tobacco production in East and Central Africa.

Good case study on the choice of cash crops to be grown in Nyasaland.

Reports on the tobacco trade in China and Nigeria.

Much material on tobacco consumption in Canada and on British Leaf Tobacco, Canada.

Early reports on health issues relating to tobacco and smoking near children.

Images of tobacco brands, including cigarettes, cigars and pipes.

Advertising and packaging associated with the branding and marketing of flour and early wheat-based products. 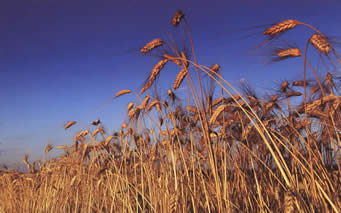 Early manuscript material and rare printed sources on the early cultivation of wheat and agricultural improvements.

Catalogues, trade cards and other visual materials related to the sale and marketing of flour and wheat-based products in America.

Manuscript material related to the early exportation of wheat, corn and grain.

A number of histories concerning the history of the wheat trade in the United States and Europe. 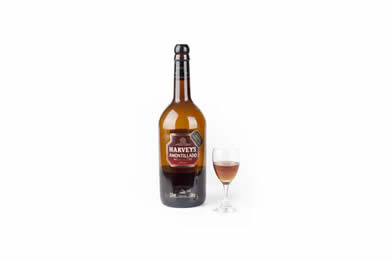 A number of histories concerning the history of wine and spirit production.

Histories concerning the production of Madeira, port and sherry.

Material concerning the impact of taxes on wines and spirits.

Records of the price and consumption of wine and spirits in 18th century America.

Material on the California wine trade.