Global Commodities: Trade, Exploration and Cultural Exchange provides a vast range of visual, manuscript and printed materials sourced from over twenty key libraries and more than a dozen companies and trade organisations around the world. These original sources will help scholars to explore the history of fifteen major commodities and to examine the ways that these have changed the world.

The fifteen commodities explored in this resource are: 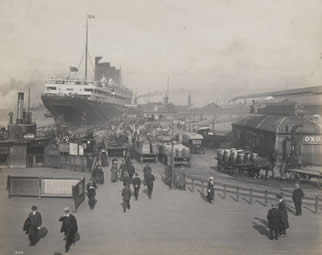 More detail about the content and selection criteria for the commodities can be found here.

Our rich selection of sources offers information on subjects such as: 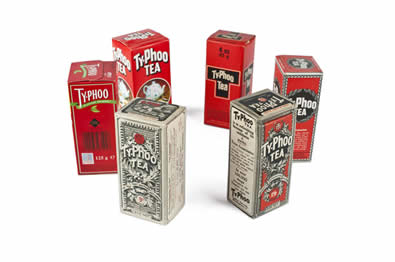 Types of material represented include: 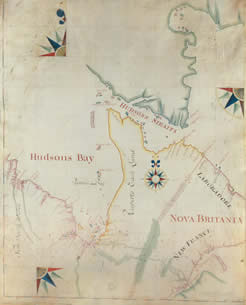 Material from specialist collections such as the George Arent’s Tobacco Collection at the New York Public Library, the Braga Brothers Collection from the University of Florida, and the Hudson’s Bay Company Archives.

Advertising memorabilia and ephemera, including posters and packaging.

Objects and artefacts, including examples of finished consumer goods and raw materials.

Based in Worcester, Massachusetts, the American Antiquarian Society has wonderful holdings of pre-1900 American printed and ephemeral materials and extensive manuscript collections. We include a large range of Prices Current from Charleston, Chicago, Mobile, Philadelphia and Savannah; catalogues of major trade exhibitions; papers of 18th & 19th century American merchants; manuscript collections relating to the American chocolate, fur and timber industries; and papers of a 19th century travelling peddler, including his views on customers.

We include four major collections of business papers from Bristol Record Office: The papers of Ashton Court sugar plantations, showing their close links with slavery; papers of Joseph Fry, the leading chocolate maker in Victorian Britain and producer of the first mass market chocolate bar; papers of W D & H O Wills and Imperial Tobacco – one of the world’s leading tobacco manufacturers; and the papers of John Harvey & Sons, wine merchants.

The British Library was our principal source for key historical texts ranging from the 15th to the 20th centuries. It also supplied a large number of manuscript materials such as: papers describing the opium trade; early minute books of the East India Company; three volumes of drawings of Chinese manufactories of tea, china, rice, silk, and cotton, and of Chinese boats; records of 18th century coffee house activities; papers concerning timber and ship-building; a 15th century world map; papers of the Dutch West India Company; and much more.merchants.

The California Historical Society originally started in 1871, and has since been reborn on several occasions, merging with other societies and obtaining new collections along the way. It now has a collection that comprises a diverse body of materials documenting the history of California. We have selected material on wine and spirits (including the temperance movement) the Gold Rush, and the fur trade.

The Field Museum is one of the world’s great natural history museums and has supplied us with important works on the timber trade; illustrations of cacao; and material on silver and gold.

Glenbow Museum, located in Alberta Canada, combines a museum, art gallery, library and archives all under one roof. We include rare printed and mansucript materials connected to the history of wheat and oil.

The Historical Society of Pennsylvania

Based in Philadelphia the Historical Society of Pennsylvania was founded in 1824 and now holds over 19 million manuscript and visual materials. From these we have chosen the records of the Coates family and Thomas Wharton, describing the trade of 18th century American merchants and providing evidence of the popular consumption of wine and spirits. We also include material on the Russian fur trade and the Pennsylvania oil industry.

Based in Winnipeg, Manitoba, the Hudson’s Bay Company Archives document the history of one of Canada’s greatest trading enterprises. We include original manuscript journals of Pierre Radisson and James Isham; correspondence between Forts and Trading Posts and the Company in London; trading records; records of fur prices; and detailed accounts of interaction with the First Nations peoples.

The Library Company of Philadelphia

Founded in 1731 by Benjamin Franklin, the Library Company is America's oldest cultural institution and served as the Library of Congress from the Revolutionary War to 1800.  The Library Company was the largest public library in America until the Civil War. It specialises in American history and culture from the 17th through the 19th centuries. We feature rare printed material connected to the history of wheat and oil.

Increasingly known for the quality of its special collections in fields related to music, theatre and the arts, Liverpool John Moores University is also home to the Liddell Hart Collection of Costume. From this we have drawn a number of illustrations depicting the wearing of fur.

Founded in 1791, the Massachusetts Historical Society is the oldest historical society in the United States. The Thomas Amory Account Books offer a fascinating glimpse into the activities of an 18th century American merchant, as well as giving a valuable glimpse on popular consumption. These Account Books can be usefully compared with similar material from the American Antiquarian Society and the Historical Society of Pennsylvania.

The Mauritshuis houses one of the finest collections of Dutch Golden Age art and they have allowed us to reproduce six of their finest works, including Jan Vermeer’s ‘View of Delft’, depicting the warehouses of the Dutch East India Company (V.O.C.).

Located at the Albert Dock, Liverpool, MMM holds many important manuscript collections including those of the Mersey Docks & Harbour Board. These describe the evolution of the port from 1755 to 1960. For much of this period it was Britain’s most important dock, playing a central role in the cotton, sugar and wheat trades, as well as the slave trade. All of these aspects are documented in papers such as: Liverpool, London, Glasgow, Hull & Bristol Bills of Entry; drawings of Liverpool docks; Liverpool dock accounts; photographs of the docks in action; the Sugar Association of Lancashire and London; the Liverpool Corn Trade Committee; and the American Cotton Imports Committee.

Material drawn from The National Archives spans the world. There are accounts of: British Trade Returns, 1673-1807; the structure of the chocolate industry; duties on coffee, chocolate, sugar and tea; a French coffee trader in the 18th century; the cotton industry in India; trade missions to China; cotton growing in the West Indies; the Russian Fur Trade; Prince Rupert’s activities in Canada and the origins of the Hudson’s Bay Company; the control of Opium, 1910-1941; gold mines in West Africa and the Pacific Northwest; the manufacture of spices; the spice trade in the West Indies; sugar growing in South Africa; slavery and the West Indian sugar trade; tea growing in India and Ceylon; logging in the Bay of Honduras; the supply of mahogany; Canada’s lumber trade; Tobacco growing in China, Southern Rhodesia, Turkey, East Africa and Virginia; the health effects of tobacco; the manufacture of spirits; grain surpluses; the discovery of oil in Kuwait, Iran and Saudi Arabia; the development of the Nigerian oil trade; and much more.

One of the leading art museums in the world, the National Gallery in London has given us permission to feature ten of its paintings in this project. All depict commodities being worn or consumed, from Jan Van Eyck’s ‘Arnolfini Portrait’ of 1434 and Pieter Claesz’s ‘Still Life with Drinking Vessels’, to two works by Nicolas Lancret depicting tea and coffee and two works by Hogarth showing 18th century conspicuous consumption.

The Newberry Library is an independent research library that is free and open to the public. One of its great areas of strength is in materials relating to the American West and we feature a number of works describing the gold rushes in California and the Klondyke.

NYPL has opened its doors to the public since 1854. It has developed from a free reference library into a major research library and one of its many special collections of note is the George Arents Collection on Tobacco. This is the largest and most comprehensive library in the world devoted to the history, literature, and lore of tobacco. It forms the core of our holdings on tobacco. We feature a fully searchable version of the magnificent five-volume catalogue of the collection – which not merely lists the items in the collection but reproduces hundreds of illustrations from the original works as well as telling quotes and passages of importance to tobacco history. We also include a large number of works from the collection ranging from early accounts of tobacco in the 15th & 16th centuries and a 16th century manuscript poem on tobacco by the Earl of Essex, to an unpublished 18th century manuscript on the cultivation and manufacture of tobacco in Mexico and J. M. Barrie’s ‘My Lady Nicotine.’Klondyke.

The Plymouth City Museum and Art Gallery has been actively collecting objects and artefacts since 1897. Many of the objects are of particular relevance to Plymouth's heritage, including a substantial collection of Plymouth porcelain, some of which we have selected for this project. Many items have been captured in 360 degree images.

One of the earliest depictions of the chocolate making process is a series of drawings on a 7th century Mayan vase at Princeton University Museum. This featured in Sophie and Michael Coe’s ‘True History of Chocolate’ and we are delighted to reproduce the images in detail here.

The Museum of Brands, Packaging and Advertising first opened in Gloucester in 1984 and stayed there for 17 years before moving to its current location in Notting Hill, London.  It serves as a showcase for Robert Opie’s extraordinary collection of ‘everyday history’ – in the form of packaging, advertising, toys, household goods and ephemera. Robert Opie has chosen a broad range of materials to illustrate our chosen commodities, as well as to show the history of brand identities and the history of packaging. Much of the material is visual in nature and some has been captured in 360 degree images.

Founded in 1916, SOAS specialises in the study of humanities, languages and social sciences relating to Asia, Africa and the Middle East. The Library has strong print and manuscript holdings and we have selected some rare printed sources concerning opium and porcelain.

Housed in a beautiful 1930s art-deco building in central London, Senate House Library is the central library of the University of London. It has many fine printed and manuscript collections, including the renowned Goldsmiths' Library of Economic Literature. We have selected a large number of manuscript materials for the project, including material on coffee, cotton, sugar, tea and tobacco. We also feature a substantial body of pamphlets and rare books for the post 1850 period from the Goldsmith’s Library (and which do not feature in the Goldsmith’s-Kress project).

The Städel Museum in Frankfurt have kindly given us permission to include two paintings in this project – ‘The Geographer’ by Jan Vermeer and ‘Smoker at an Inn’ by David Teniers.

The University of Florida, George A Smathers Libraries

The Smathers Library holds much important material for the study of Central and South America. One of its most significant collections is the Braga Brothers Collection relating to the history of sugar production and the sugar trade in Cuba. With the assistance of Carl Van Ness, the curator, we have chosen a range of materials from this archive detailing the growth of sugar production in Cuba and the growth of international trade in sugar. Please see Carl Van Ness’s essay introducing these materials in greater detail.